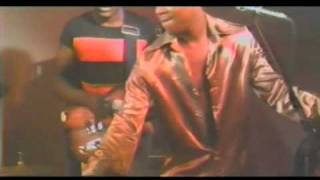 In 1978 The Cool-Notes recorded what is considered today as their ultimate classic song, “My Tune written by Star Rover (which was the pseudonym for Stephen McIntosh) and Lauraine Smart. During this time it was extremely expensive to even consider making a video, and whilst at a party they met a Island Records in house video director who was a friend of a friend who loved the track and offered to shoot a demo video of “My Tune” & “Your Are What You Are” the band of course jumped on the opportunity.

However as VHS video had not yet been invented the band had nothing to play the finished product on and never ever viewed the final production, so the master video was stored away. Feared lost forever in a fire the tape was re-found in July 2008. It was accidentally found in the attic of Steve McIntosh and almost thrown away. It features all the original members of the band, Roddy Shaw on Drums, brother Derick Shaw on lead guitar, Loxsley Williams on rhythm guitar and the late Charles Keymist on bass who sadly died in 1986. Stephen McIntosh on keyboards, with Heather Harewood vocals, and on Lead vocals, Lauraine Smart.

The Cool-Notes first started their long career as a Lovers Rock reggae band during the mid ’70s creating their own unique sound.  My Tune was released on the Jama reggae label, run from a record shop in Brixton South London. The single went on to become a smash hit and topped the lovers rock / reggae charts. To date My Tune still receives regular airplay and is a fav. for many reggae fans. 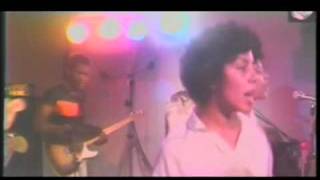 ‘You are what you are’ written by Star Rover (which was the pseudonym for Stephen McIntosh) This Rare Video of the ‘b’ side classic Cool-Notes single, My Tune was thought to be lost forever but was found in Stephen’s loft in July 2008.  The Video features all the original members of the band, Roddy Shaw on Drums, brother Derick Shaw on lead guitar, Loxsley Williams on rhythm guitar and the late Charles Keymist on bass who sadly died in 1986.

‘You Are What You Are’ even though originally  just the ‘b’  side of My Tune has now to date become it’s own classic track. Due to it’s popularity many people actually believe that the two titles are separate records  with many trying to buy both only to be pleasantly surprised that they are just one super record.