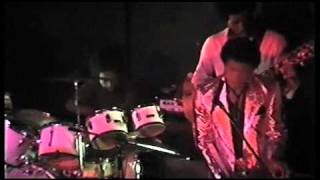 In 1981 “I Will Always Love You” was released on The Mass Media Music record label. In 1980 Steve McIntosh with friends Clive & Frankie Bandoo formed the Lovers Rock Reggae Record label which fast became very popular as they released lovers rock reggae hit after hit. The Cool-Note’s ‘I will….’  also became a instant hit and remains today a Lovers Rock classic. The lead vocals were sung by ‘Heather (Perky)’ Heather Harewood.

Although the label credits on both ‘I will always love you & I’ve got to let him know’ didn’t actually mention the Cool-Notes, fans of the day knew that the well known pseudonym ‘Pinky & Perky’ for Lauraine & Heather was another name sometimes used by the band. Another piece of trivia is that both songs were actually written and produced by Stephen McIntosh and not L Smart as shown on the record label. This was done because of a publishing copyright issue at the time but has now been resolved. The ‘Notes can be seen here performing the track at a live concert which took place at the famous Brixton Acadamy in 1982. 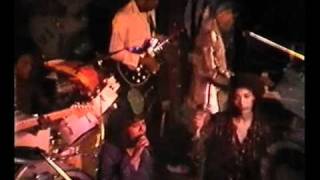 In 1981 ‘I’ve Got To Let Him Know’ was also released on The Mass Media Music record label  and was a massive follow up hit to ‘I Will Always Love You’. The Lead Vocal was sung by (‘Lauraine Pinky’) Lauraine McIntosh and this video was also shot at The Brixton Acadamy in Brixton in 1982 and features Ian Dunstan on Bass, Peter ‘Lee’ Gordon on Lead Guitar, Joe ‘OBJ’ Francis on drums, Joe JC Charles on Rhythm Guitar and Steve McIntosh on Keyboards with Heather Harewood Vocals. 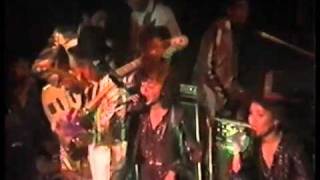 Morning Child was the last Cool-Notes track to be released on The Mass Media Music label in 1982. The song was written by Stephen & Lauraine McIntosh for their baby son ‘Bradley McIntosh who was their Morning Child. It’s Strange to think that all these years later he would actually grow and become as one of the lines in the song said “bigger than them in every way” as Bradley became part of the world wide phenomenal group – S Club 7. Here The Cool-Notes perform the song live at The Brixton Acadamy in 1982 with Lauraine on Lead Vocals and featuring some cute photos of Baby Bradley.